Did you watch the Grammy awards show last night? Unlike other awards shows (Oscars & Golden Globes, I’m looking at you!), I actually watched the entire Grammy show. Of course, it helps that a large portion of the “boring” awards are handed out/announced before the show and it ends up being a concert with a great variety of artists, but let’s not get into that!

Last night was such an interesting night for fashion. Grammy wardrobes are usually more daring but thanks to the poorly timed e-mail from CBS, attendees were requested to tone it down! For lack of a better term, the memo’s reference to covering up “female breasts” gives me douche chills. And on to the poor timing of the announcement. How many attendees waited until the week of the event to pick their outfit? Because of that, I really don’t have any thoughts on poorly dressed people. It seems a little unfair to judge when I don’t know if what they actually wore was what they had planned out.

So that means I’ll just move along to the good looks. 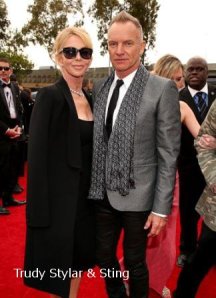 These two look really good together. Most men couldn’t pull off wearing
a scarf like that and still look cool, but Sting can! 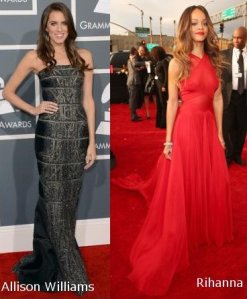 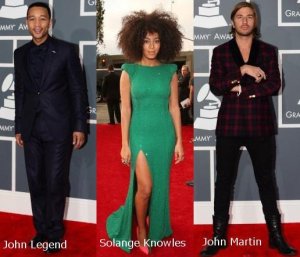 Men on the Grammy red carpet just look so much better than men
on the other red carpets.Those musical men know how to dress!
And Solange Knowles just looks fantastic!
The colors, the cut and the hair are great! 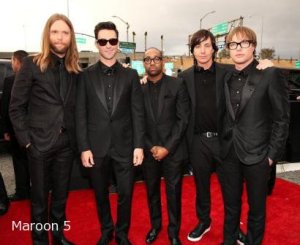 Yes, all of Maroon 5 are on my best-dressed list!
They look so great and cohesive without being too matched.

So, who was on your best-dressed list? What did you think of the wardrobe memo?