The month of July seems to have been ripe with lists of book recommendations. Here are just a few.

Sexy, scary, suspenseful: 11 books to put on your summer reading list
Today Books
If you need something suspenseful, this list should help you out.

The 10 Books That Made Debut Novelist Will Chancellor Want to Write One of His Own
Times Magazine
There’s something about the idea of listing out the books that made an author want to write that I find fascinating.

7 Books You Need to Read This July
Vulture
Arts & Entertainment by Christopher Beha sounds absolutely fascinating to me.

We’ve lived in Minnesota for two years, but haven’t spent a lot of time exploring the area and its history. In addition to just being a general book nerd, I also consider myself a history nerd, so I’ve been a little appalled with myself for not getting out to explore more. It’s time to rectify that.

My husband took a brief tour of Lakewood Cemetery in Minneapolis near Lake Calhoun in April, and he’s been telling me about it ever since. It was only going to be a matter of time before we went.

Every blade in the field, every leaf in the forest, lays down its life
in its season, as beautifully as it was taken up.

We toured Lakewood Cemetery on Memorial Day. There were plenty of activities scheduled for that day–horse carriage rides, trolley tours of the cemetery and the old city streetcar running between the cemetery and Lake Harriet. But on any other day, a self-guided walking or driving tour would provide a great insight to the history of Minneapolis and Minnesota that Lakewood holds.

The 250-acre cemetery is covered with trees, providing shade and atmosphere. Countless memorials–to famous, recognizable people and to others–dramatically dot the landscape.

With somewhere near 100,000 dead buried here, the monuments and headstones bely a history that can be both sordid and fascinating–those whose deaths were a scandal and those who died amid a scandal.

Lakewood features prominent architectural styles in its monuments, but also in its facilities. The Memorial Chapel, above, is an early 1900s masterpiece that is modeled on the Hagia Sophia on the outside. On the inside, it features beautiful Byzantine mosaics (see the angels on the right top and bottom). But it also features Celtic influences, seen in the cross at the top and some love knots in the stained glass. Most interesting to me during my visit was the arts-and-crafts-style stained glass as somewhat seen in the right middle image. Arts and crafts style was popular at the time. During my visit I was reading Loving Frank by Nancy Horan. Frank Lloyd Wright included similar stained glass patterns in to his Oak Park, IL homes to provide light but filter out the neighboring houses, which he believed were inferior to his own designs.

As I heard a few of the stories of the people (or bodies) who will spend eternity near the shores of Lake Calhoun, I couldn’t help but think of one book. 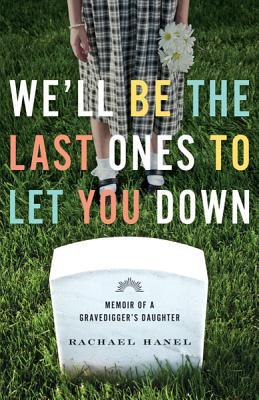 As a child growing up in rural Minnesota south (and a little west) of the Twin Cities, Hanel spent a lot of time in cemeteries. Her father was a gravedigger and caretaker. Her mother often helped out, so they brought their daughter along with her bike to hang out. Hanel often found herself observing the headstones, considering the dashes and asking her mom to tell her the stories of the individuals buried there. Some of those stories, like the ones Lakewood holds, are full of sordid, tragic details.

Additionally, if how we handle death interests you, I’d recommend Stiff: The Curious Lives of Human Cadavers by Mary Roach and On Death and Dying by Elisabeth Kubler-Ross.

Lakewood Cemetery and the shores of Lake Calhoun and Lake Harriet are must sees when visiting the Twin Cities. You could spend a few hours to an entire day just exploring the area even if you don’t hit up any shops in Uptown. But if you do hit Uptown, make sure you stop at Magers & Quinn Booksellers and support the indy booksellers.